I spent the first week or so trying to unpack, organize and acclimate our family to our new surroundings. Soon it would be school time and our five year old would be attending kindergarten. Elbert inquired about the schooling, found a local one and enrolled her. Our daughter would be all set when the school doors opened in a few weeks.

Elbert drove our car when he went to the base each day, so I was home doing laundry on an almost daily basis. Shirley was still in diapers. I had so hoped to have her potty-trained by now but it wasn't going as well as I had envisioned. After all, she was only 13 months old. Babies usually aren't trained that early but with a new one on the way, I had really hoped for a miracle. 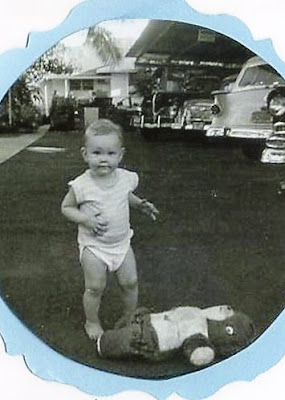 Everything we had done since we arrived on this island had been an adventure and even doing the laundry was an adventure in itself. The washing machine sat on the concrete lanai just outside the kitchen door. One day I was putting a load of clothes in to wash and along comes Mr. Ching, our landlord. He was a quiet man, shuffling along noiselessly in his flat leather sandals so I had not heard him approach. He paused, watched me intently for a few seconds then said, "We don't use hot water here. Always wash with cold water" and he walked away. I had diapers to do but this was a different kind of life so I'd go with it. From that day forward I used cold water.

There was no clothes dryer. However there was a set of stairs leading from the lanai to a flat roof overhead. I piled the wet clothes into a wicker basket, braced it on my hip and started up the stairs. As I hung the clothes on the clothesline, I had a full view of Diamond Head. As sure as I hung my clothes out, there would come, sweeping over the volcano, dark clouds that deposited a daily sprinkle on us. 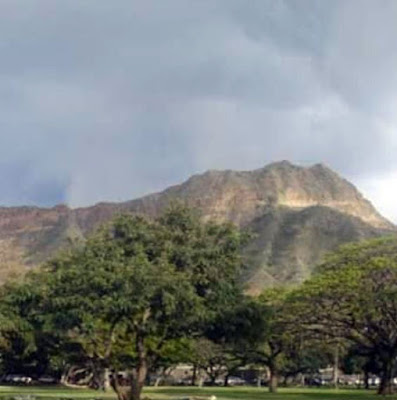 Diamond Head stands guard over the island on the Eastern edge of 's coastline. Back a long, long time ago (some folks say 300,000 years) there was a huge eruption from this volcano. But, I wasn't worried while I stood slowly hanging out my laundry and drinking in the sight. is monogenetic which means that it will only erupt once. It's already done it's thing so there's nothing to worry about. I finished pinning the last item to the clothes line and headed back downstairs to my girls and my household chores.

One morning I got up not feeling my chipper self. Soon the pains started, very far apart, easy at this point. I continued on doing whatever was necessary and waited for Elbert to come home. This was not my 'first rodeo' and I certainly was aware of what to expect and when. I'd know when it was time to head to the hospital.

My labor wasn't as tough or as long as it had been in the past.  I was twenty three years old, young, healthy and well-versed in the process. When I had dialated sufficiently I was wheeled into the delivery room. I was so ready for this to be over.

After our son arrived and he had been properly cared for, he was briefly held before me and then a nurse whisked him off to the nursery. He was such a beautiful baby, perfectly formed, his eyes blinking as he looked around. It sure was bright out here in the world!

The nurse, with our baby wrapped snuggly in a blue blanket, ran into Elbert in the hallway. The new daddy was so thrilled and reached out to either touch or take the baby but the nurse quickly shook her head and stepped quickly away. There would be time, very soon in fact, that we would have Michael all to ourselves. 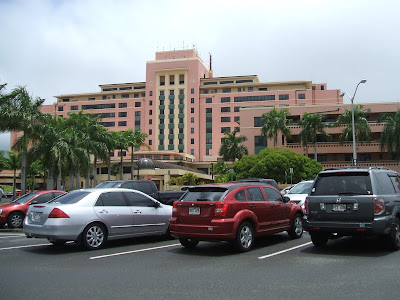 Tripler sits on the side of Moanalua Ridge and can be seen from as far away as the city of Honolulu. It is the largest military hospital in the Asian and region and the building is impressively painted a coral pink. The officer in charge of designing the hospital during WWII knew that many of our young men and women who were stationed on the island often used the Royal Hawaiian Hotel as their home away from home. The hotel was painted coral pink! The officer knew that many of them would end up at the new hospital,  wounded or sick and wanted the building to remind them of happier times. So, Tripler became a pink colored hospital. 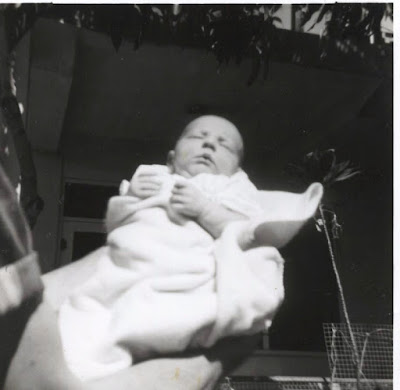 After a short stay in the nursery, baby Michael was wheeled into my room in his little bassinet. The hospital practiced what was called 'rooming-in' so that the mother would quickly learn how to take care of her baby.  But let me tell you one thing. A woman who has gone through nine months of pregnancy, vomiting her guts out, walking around like a duck waddling while bumping into things and not being able to bend over, and then go through labor for hours on end to give birth needs her rest! I loved being able to look over from my bed and see my infant sweetly sleeping but in the middle of the night, he's crying, wet, hungry and all I wanted to do was sleep. Not a nurse in sight! So, I am not a huge fan of rooming-in. 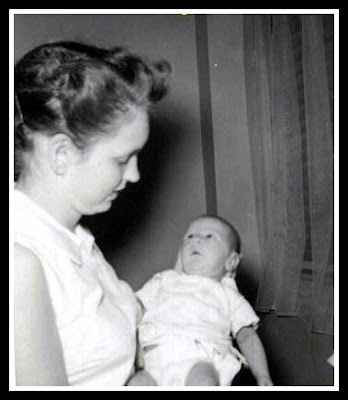 Every afternoon I would slip out of my bed, put on my pretty blue robe, brush my hair, swipe a bit of lipstick on my pale lips and walk out onto the balcony. It was time for our car to come winding up the hill. Elbert would be on his way home from work. The first afternoon he brought me a bouquet of beautiful orchids. Now, who gets orchids when they go to the hospital? I did and I loved it. It made me feel very special and loved. 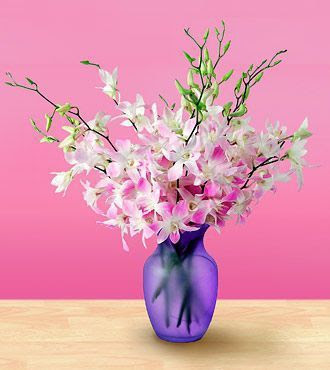 Elbert would come into the room, give me a swift hug and kiss but the thing he most wanted to do was lift that blanket-swaddled bundle out of the bassinet and cuddle his son. I would just sit on the edge of my bed, a smile on my face. It was so cute, so loving, a picture I will never forget.

Michael did extremely well, quickly gaining strength and weight. We stayed our usual three days in the hospital and then we got our release papers. Michael's sisters were anxiously waiting to get a first glimpse of their baby brother. I'd missed my girls. I was so ready to gather them in my lap and give them huge hugs. 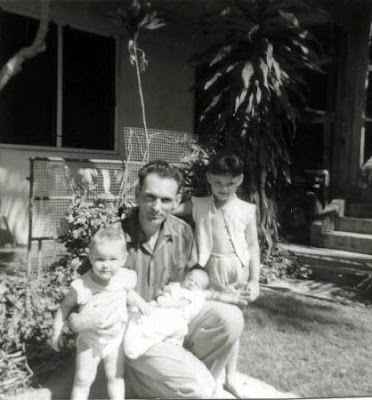 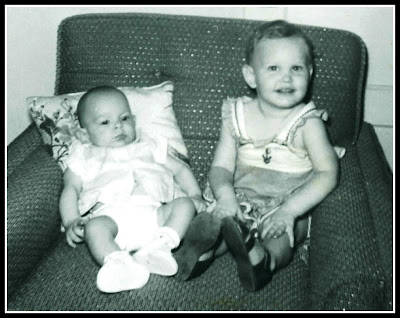 I spent the first week or so trying to unpack, organize and acclimate our family to our new surroundings. Soon it would be school time and ...